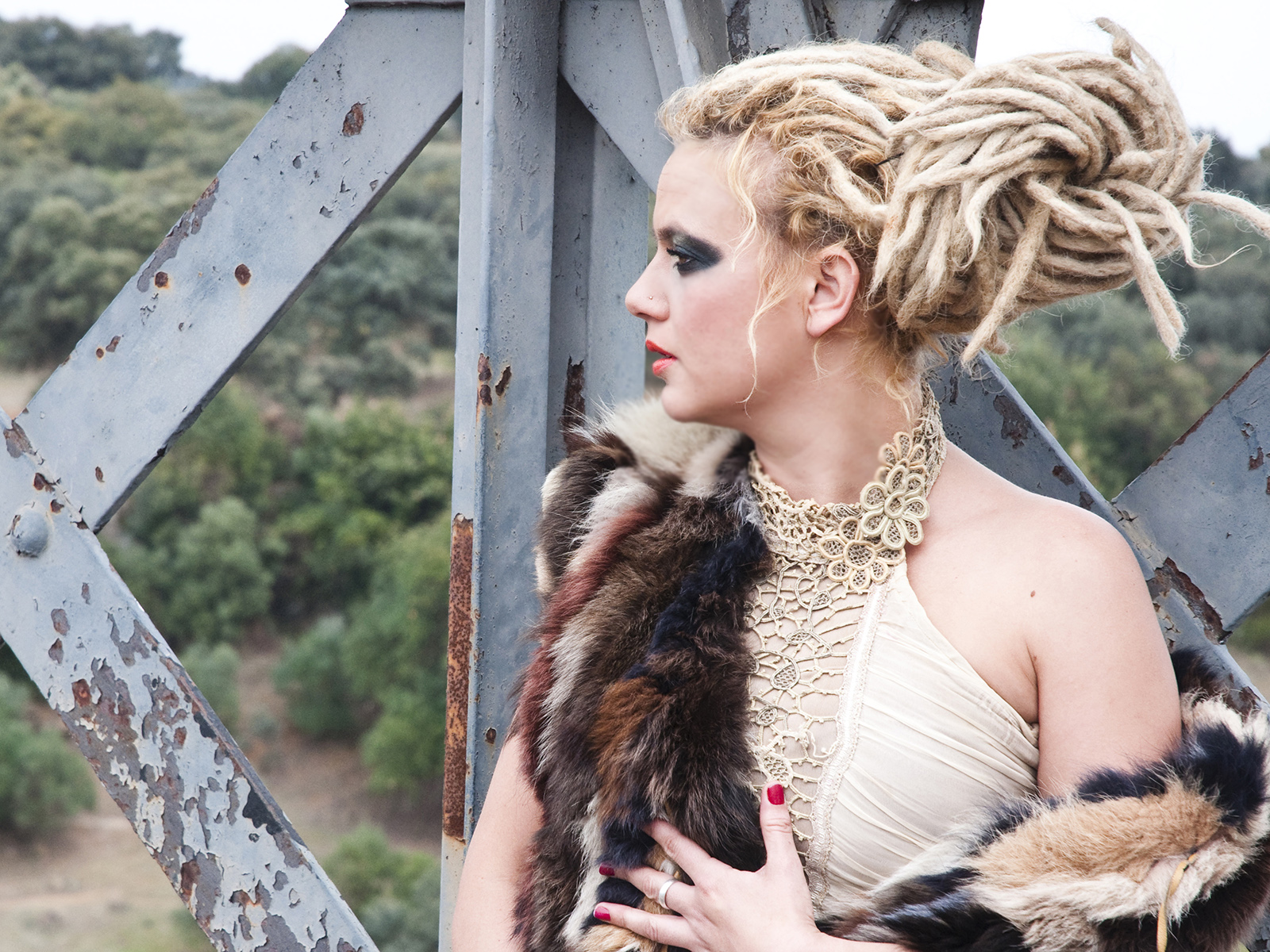 Cantaora and dancer from Sanlúcar de Barrameda, forges her foundations between Jerez de la Frontera, Cádiz, Seville and Madrid, inheriting from her family the love for art and Flamenco. Despite her youth, she has a voice with a lot of body and power, characteristic of her countrymen, managed by an agile and versatile musician.

She dominates the immensity of flamenco clubs, and throughout her career, she has enriched her style by drinking from the sources of other musical genres, discovering them and reinventing herself.

With only 9 years, she captivated with her talent and passion to the mythical cantaora con La Sallago ’, who was her teacher and instilled in her the essence and forms, giving her a deep learning of singing from the guts to the heart.

With 11 years, Naike already shared experiences with the most traditional sagas of Jerez like ‘Los Zambo’ and ‘Los Moneo’. From that moment, she is claimed in the best clubs, tablaos and festivals of Andalusia, where she acquires a strong base on the stages, tables and wisdom.
After winning the first contest for Cantiñas in Cádiz, she obtains a scholarship at the Cristina Heeren Foundation, where she refines her style with Milagros Menjivar, Paco Taranto, Manuel Soler, Naranjito de Triana, José de la Tomasa, María Vargas, Rancapino, Pansequito and Matilde Coral. During that stage she was awarded the First Prize for Bamberas in San Roque (2001) and also received the First Prize for Saetas in Seville, at Peña Torres Macarena (2002).

After her purest and academic stage, she moved first to Granada and later to Madrid, where she developed large projects, and performed with greater artistic breadth. At that time, she was nominated for best revelation actress at the Gran Vía Awards for the musical ‘Cómplices’ (2011).

To also highlight her participation in the show ‘Sorolla’ with the National Ballet of Spain. Her first album ‘With Woman’s Name’ was the most listened to album on iTunes during the week of its release. Produced and performed by Maestro José Suárez ‘Package’, descendant of the great flamenco saga ‘Los Porrina de Badajoz’ and winner of two Grammy for ‘Agua Dulce’ by Tomatito and por Picasso en mis Ojos ’by Diego El Cigala. Together they have created an exquisite work beyond the musical, testimony of the dialectical tension between purity and avant-garde. ‘Con Nombre de Mujer’ had a successful criticism of the national and international public, with luxury collaborations, of great artists such as Raimundo Amador, Antonio Serrano, Tomatito, Tomasito, Tino Di Geraldo, Yelsy Heredia, Bandolero and Piraña.

Throughout her career, Naike has traveled the five continents, developing a global vision of music and people that has led her to create her first work ‘Living’, an intimate project, a deep and spiritual show, a especially felt and emotional work that culminates and reflects their experiences and experiences so far. Music, dance and scenery at the service of the senses.